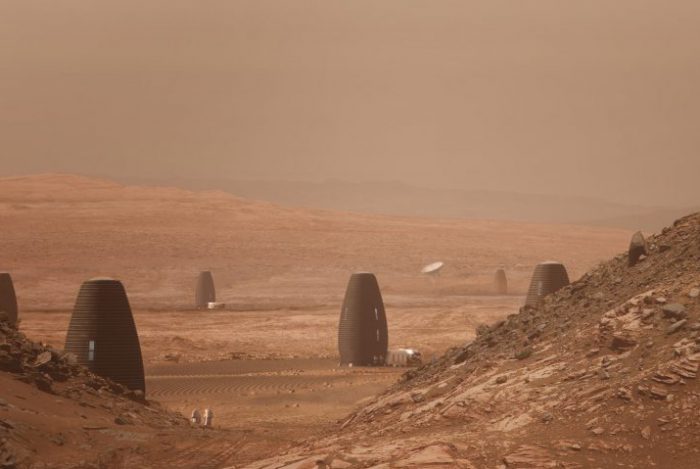 The closest place in the universe where extraterrestrial life might exist is Mars, and human beings are now poised to attempt to colonize this planetary neighbor within the next decade. NASA recently held a Mars 3D-Printed Habitat Challenge, where competitors had to make space living as comfortable, sustainable, and functional as possible.

3D Printing technology has the potential to transform our future and revolutionize our societies. For the packaging industry, IBC Shell sees significant opportunities in design, prototyping, and production.  The future has begun!

The top prize, $500,000, went to AI SpaceFactory, an architectural design firm based in New York. The agency’s MARSHA Mars habitat, which was the overall winner of the competition that involved 60 challengers in total, gives us a sneak peek of what human life could look like on the Red Planet with a 15-foot-tall, 3D-printed prototype printed during the competition’s last phase.

AI SpaceFactory’s MARSHA was favored by judges for its smart use of materials, which were developed from a biodegradable and recyclable basalt composite that came from natural materials found on Mars. The material was found to be more durable than other competitors after it passed NASA’s pressure, smoke, and impact testing.

Following the competition, AI SpaceFactory will form plans for recycling MARSHA’s materials and reuse them to 3D-print TERA, which will be a space tech eco-habitat on our planet that will show what life could be like on Mars.