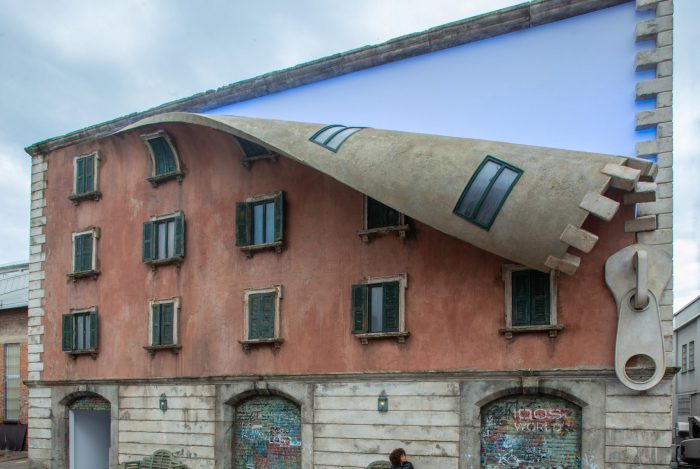 Much like package design, unique architecture breaks away from common design and traditional aesthetics. It strives to go beyond “standard” ideas. Often, these designs are unusual, audacious and beyond your wildest dreams….leaving you baffled and bewildered. Take this incredible concept from British artist Alex Chinneck who unveiled an installation that sees an old Milanese building ripped open by giant zips. To create the dramatic effect, Chinneck created a totally new elevation in the style of traditional Milanese architecture, which appears to open up to reveal the building’s interior. He added a giant zip that seems to open the front of the building’s right side to reveal a glowing light behind that fades between blue and bright white. The walls and floor become metaphors for a process of transformation, evoking — through a series of portals — seemingly infinite routes to a newly imagined future.

Similar to Chinneck, IBC Shell is at the forefront of design initiatives and knows how to awaken the senses, taking the experience to the next level, beyond the unexpected.