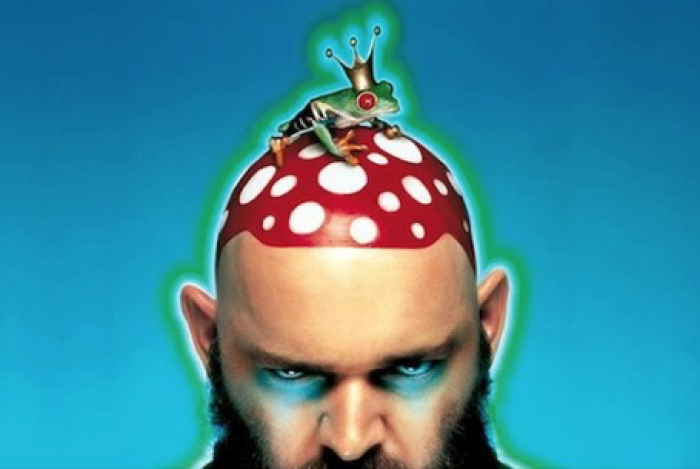 Fascinating and incredibly obscure—famed Belgian menswear designer Walter Van Beirendonck is embarking on a new venture with a giant global brand. What wonderfully whimsical or strikingly strange retailer scooped up the king of controversial men’s couture?

IKEA. Yes, the impossible to put together, mass-produced functional-meets-minimalist furniture company. A win for them, this boring big box has a lot to gain through collaboration with a designer of Van Beirendonck’s caliber.  Above and beyond a more artistic, higher-end kitsch aesthetic, what are a few incredible things he brings to the inexpensive Swedish table?

Clout. Boasting mentorship of Dior’s Raf Simons as well as inclusion in the Antwerp 6  (with other notables including Dries Van Noten and Dirk Bikkemberg) Van Beirendonck is an arbiter of the highest echelon of taste making, and potentially propels IKEA to be more palatable to a more discerning decorator— as they’ve sold enough bendable desk lamps to college kids to buy their home country, to be sure.

Edge. It’s not the first time he’s brought something spectacularly avant-garde to an art that is much more minimalistic. In 2012, he moonlighted as costume designer for the Paris Opera.  Featuring bare-breasted women and high-heeled men, Van Beirendonck is never afraid to push the envelope as a premier provocateur in any arena, no matter the medium he is dressing.

Eccentricity. In a video introduction to this collection WVB notes,  “In the case of IKEA I needed a base that I can use to get my ideas out.”  So out of all the inspiration on the earth and beyond, what did he choose?  A self-actualized story about “cloud people” living in broken clouds with a “sad sun and sad moon”— enough of a reason for the collaboration— IKEA couldn’t possibly come up with that batshit insane concept alone.

With so much for IKEA to gain, however, what could a designer stand to lose when they play with the mainstream moguls? When couture approaches these types of collabs, are the artists/designers/creators selling out? Most would argue that their cachet is created by an air of exclusivity—the availability to some, not mass-market, that makes them most desirable. Michael Kors is a prime example.

Once you’re Swede-named, stamped, numbered, and tucked in a brown paper box, are you any different than any of the other arbitrary pieces in collections of inexpensive quick curations for home and office? Even if you don’t give a fuck about prestige, how do you feel about quality—your name on a you-get-what-you-pay-for product?

Today, talent lends its name not necessarily just to where it may belong, like the runways of Europe, but also to where it makes money— a Secaucus, New Jersey living room. Consumers like fast-fashion, et al.— anything you can stick a designer name on. And the creatives, they need to eat, on something preferably nicer than IKEA. For them, it’s not selling out, it’s cashing in, playing into that fast-money from the consumer’s desire to demand designer at their price point.