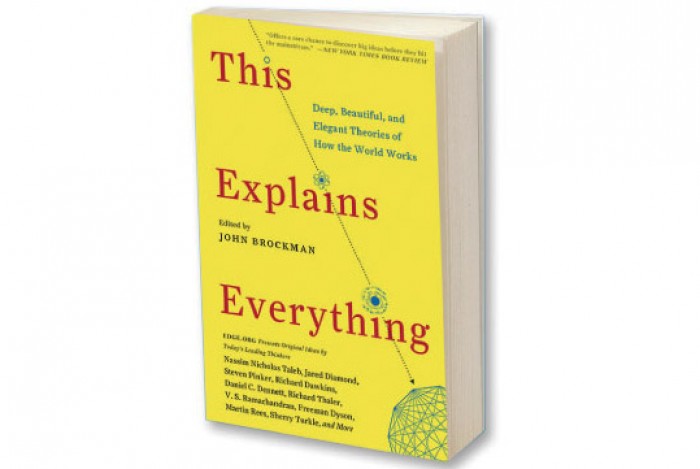 John Brockman is the founder and publisher of edge.org, an online community of seriously smart contributors engaging extraordinary questions about, culture, science, literature, the arts, and the metaphysical.

In ‘This Explains Everything,’ Brockman poses one complex question to many of the world’s most influential thinkers.

That question is; “What is your favorite deep, elegant, or beautiful explanation?”

The Importance of Individuals…Howard Gardner

“In a planet occupied by nearly 7 billion inhabitants, I am amazed by the difference one human being can make. Think about classical music without Mozart or Stravinsky; of painting without Picasso, or Pollock, of drama without Shakespeare or Beckett. Think about the incredible contributions of Michelangelo or Leonardo, or, in recent times, the outpouring of deep feeling at the death of Steve Jobs (or, for that matter, Michael Jackson or Princess Diana.) Alas, not all singular individuals make a positive difference. The history of the 20th century would be far happier had it not been for Hitler, Stalin, and Mao (or the 21st century without Bin Laden).

We should bear in mind anthropologist Margaret Mead’s famous injunction: “Never doubt that a small group of thoughtful committed citizens can change the world; indeed, it is the only thing that ever has.”

Snowflakes And The Multiverse…Martin J. Rees

Emeritus professor of cosmology and astrophysics, University of Cambridge

“An astonishing concept has entered the mainstream of cosmological thought: Physical reality could be hugely more extensive than the patch of space and time traditionally called “the universe.” We’ve learned that we live in one planetary system among billions, in one galaxy among billions. But now that’s not all. The entire panorama that astrologers can observe could be a tiny part of the aftermath of “our” Big Bang, which is itself just one bang among a perhaps infinite ensemble.”